THIS WEEK'S TIP FROM GARDEN GURU SUE BOTH

Aloes have long been a popular addition to South-African gardens. A new generation of local plant breeders is having enormous success with creating new colourful cultivars of one of South Africa’s best-known indigenous plants.

Aloes have sometimes been overlooked, yet they have enormous potential as garden plants.  Not only are Aloes water-wise, but they also have the ability to withstand conditions of drought. Their foliage is architectural and they flower in winter, which offers gardeners colour at a potentially drab time of the year.

The new cultivars are drought-resistant but are also well-suited to irrigated landscape conditions. The flowers of all Aloes remain tender, but the new cultivars have been chosen for their cold tolerance and many of the new varieties flower outside of the cold season.”

The new cultivars have also retained the wildlife benefits of traditional species of Aloe.

They sustain bees and butterflies and will attract a host of nectar-feeding birds to your garden. Developed through strict trial and selection procedures for several years, the new aloe varieties flower more profusely than species aloes, have more vigour and are generally much easier to grow.

Why not pop around to your closest GardenShop and see what we have to offer.

Join us this Friday 8 October for our FREE online workshop on ‘The Summer is Magic’ – Gardening Preperation for the summer, with Garden Guru Sue Both.

Please use the following login details to join us at 11am sharp over Zoom:

or use the following direct link: https://bit.ly/3D8ZmHn 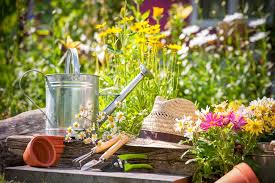 Shop indoor and outdoor plants online. We have shop in Broadacres, Parktown North and Bryanston. We have a wide range of products that will cater for almost all your needs. Need a gift delivered ? Try our robust plant packaging option that will ensure that your plant arrives in the best condition possible.

Sign up with your e-mail address to receive our latest offers,competitions & local gardening tips

Your First
In store Order!

We do not offer online purchases anymore

Sign up to become a GardenRewards Member and receive our weekly newsletter and your 10% discount voucher on your first in store purchase.